Well, I spent this weekend playing Mother, the precursor to Earthbound.  You remember me talking about Earthbound, yes?  Earthbound is technically Mother 2, which is its name in Japan.  I've also found Mother under Earthbound 0, but that's just Americans trying to make it all work from our perspective.

Anyway, I wanted to comment on how obvious it is that Earthbound is the sequel to this game.  Although the sarcasm and color of Earthbound is underdeveloped in Mother, a lot of the elements started there.  The world of Magicant plays a big role, and you still have a house with a mom and a favorite food and (2) sister(s) who store you items for you and a dog.  Apparently in this game your grandfather studied psi powers, so you get his old notes to get you to Magicant eventually.

There's also a section of zombies in a graveyard encroaching on a town, and you can get attacked by a hippie as a random encounter to exactly the same music as in Earthbound.  A lot of the music is familiar, actually.

Also, whenever you fight a rat, he has an attack that lowers your "fight" or offense.  However, when he does so, the game tells you that the rat "uttered dirty words".  Lol.  That would raise my offense, personally.

So many webcomics, so little time?

So why bother?  Webcomics are worth it.  Not only are they entertaining, but they keep you with an ear to either the gaming world or pop culture or nerd culture.  I started when a college friend of mine introduced all of us to Nuklear Power 8-bit theatre followed by PvPonline and then Order of the Stick.

Strips that I personally follow in the order they appear my bookmarks:

If you're into WoW, check out Flintlock, Gavalier's WoW, and Ding!.  That last one is Scott Kurtz of PvP Online's newer strip.  It's not updated nearly as often as it ought to be, but WoW players would appreciate it.  Especially the alt-aholic.

If you're into Sci-Fi, start with Starslip Crisis for a humorous strip or Jumpleads for a slightly more serious (and British) strip.

If you were a fan of Calvin and Hobbes, try Sheldon.  The creator--Dave Kellet--was a huge Calving and Hobbes fan and from time to time it shows.

And everyone should read xkcd.  I'm not quite enough of a math wiz or a programmer to get every little thing that they do, but 90% I get.  And it's brilliant.  Some of it's just lovely and wacky, like these:

There are many more, but you can read the strip for yourself.

I also used to read goats by Jonathan Rosenberg, but it's gotten so convoluted that it's hard to make myself read it.  And if you have to make yourself read it, you probably shouldn't.  I was with him up to shortly after the character Jon takes over hell.  That was this spring, I believe.  They have come up with some great catchphrases over the years though, I have to give them that.

Next time?  I don't know yet--you'll have to wait and see!

I know I promised you an entry on webcomics, but since I missed yesterday, you're getting this interlude first.

Last night I spent a good chunk of the evening replaying Earthbound (for, like, the third time).  My previous save had me just returned with Ness's girlfriend, who I call Skye, from Happy Happy Village.  So, last night I went and saw the Blues Brothers, um I mean Runaway Five, in Twoson before hopping their bus to Threed.  There I took down the Boogey Tent and laid out some Zombie paper before we went north to Saturn Valley with our third friend, Henry.  Oh, Ness is called Roger.  I decided to pick my favorite of their random names....

And then it happened.  Every time I walk into Saturn Valley I think to myself, SOMEone needs to make another rpg in this style.  It doesn't matter that the graphics are outdated--they were oldish when we first played the game.  I remember Alpha and I as late elementary-schoolers sitting on the couch lamenting about Pokey and wishing him an early death.

Anyway, it makes me wish that I had the resources and know-how to make such a game myself.  It would be just as fun to make as to play.

So, yeah, I defeated Belch and rescued the Mr. Saturns (I need a Mr. Saturn plushie methinks.  Alpha!  Christmas present!).  I went back to the relit Threed and caught a bus to the traffic jam in the desert where I met the monkeys before going to Fourside where I saved and called it a night.

To make a long story short, if you've never played Earthbound (aka Mother 2) go find a way to do so.  Grin and bear it with the graphics--especially if you're as omg-it-must-be-shiny as Alpha--it's totally worth it.

And if you HAVE played it, go replay it.  It's good for the soul. 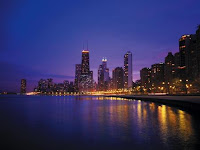 So, I moved to Chicago a year or so ago. When I arrived, I thought to myself, 'Ah, I'll look up a local gaming shop and get set up in my element.' Boy was I wrong.

What I mean to say is that Chi town is in serious need of a gaming revamp. (A geek revamp, if you will) There are always the standard places like Best Buy and Target to buy electronic games, but no specialty shops for the lesser-known stuff. Fortunately, most things can be bought on the internet, but that'll never replace the gaming shop experience.

To my knowledge the closest one is in a suburb an hour away. In a city this big, that seems incredible. There are comic shops--a few even deal in Warhammer materials--but that's the end of the line.

So, if you're considering what to do with your life and you have capitol and a geek streak, may I request you look into rectifying this situation? There are people to support that niche market, you'd just have to find them.

Until then, those of us living in Chicago will have to do without such things. Back to the internet...

Next time: Breaking into Webcomics

The one, the only BetaSim

In this blog, you'll get a piece of my side of gamer and internet culture. I'm not a WoW player, like AlphaSim, so you'll get none of that from me. Most of you are saying, "Oh, well screw this, then." For the rest of you, come in. Make yourselves at home.

So why not WoW? I play computer games and console games and rp games (yes, DM/GM and all), but not WoW. I think it's partly because WoW ruined some of my other gaming experiences. For example, I used to play Mutants and Masterminds (a d20 game). One particular Saturday half of the players had their laptops there playing WoW, and the rest of us had to keep waiting for them to come out of their other world to join us in our other world. Call it a vendetta, but that's where it stands.

But, Alpha plays enough WoW for the both of us. And then sends me pics. 'Cause that's what siblings are for.

Stay tuned for my next post, 'Gaming in Chicago.'
Posted by BetaSim at 6:39 PM No comments:

A Few of the Favs